This Morning star Alison Hammond presented the show on Friday alongside Dermot O’Leary as Phillip Schofield and Holly Willoughby take a half term break.

The conversation turned to children’s internet use during lockdown, and Alison revealed she turns her Wifi off at 8pm.

She added her son, Aiden, 15, sticks to her rule, winning praise from viewers.

“What I did early on is I downloaded an app called WiFi Blocker,” she said.

“My son will absolutely hate the fact that I’m telling everybody this but it was the best £5 I ever invested.”

“Once you are locked on to the internet, you can isolate certain devices in your house, the Xbox, the Nintendo, the Switch, the phone.”

“You can isolate it and block it off, so you can still do your working online but they switch off.”

“It sounds quite cruel but they do get used to it,” she added, saying she used to hear him roar with anger in the beginning.

One fan tweeted: “Not cruel at all alison! That’s called good parenting! As hard as it is these days.. I think parents are Lucky….so many devices and tech that you can take away as a punishment! #ThisMorning “.

Another gushed: “I love @AlisonHammond on @thismorning she’s so brilliant she’s so fun and down to earth but also is caring and understanding to the serious subjects.

Stuart (creator of WIFI blocker app) said watching the show clip “Wow – Totally amazing recommendation and success using our WIFI Blocker app. Thank you so much for this organic promotion! Sales in our app spiked and we got to no.1 for Lifestyle in the App Store!  We’re so made up this worked for you! I got the idea from our daughter caught on her iPad at 1.30am on school nights, with actual tug of war for her iPad, and wanted a button to switch off the WIFI.  Additionally big Thanks you’ve really helped us fund Murrays medicine (another story) for a couple months with this recommendation. Much much appreciated Alison!.  I loved the reaction you said about your son when his WIFI stops. Our daughter was the exact same. 12+ hours a day on the internet, and yelps of NO INTERNET – ARRRRGHHHHH, or STUART! INTERNET when I forgot to switch if back on. As my dad regularly told me ‘Moderation in everything and everything in moderation’. The internet and computer on your phone apps are designed to be very addictive and its a battle to try get moderation in life without screen time taking it all up. We hope our app can help Parents with an extra tool to apply that balance”

A third added: “Best episode of #ThisMorning for a long time!

* This Morning airs weekdays on ITV at 10am

“What I did early on is I downloaded an app called WiFi Blocker,.
My son will absolutely hate the fact that I’m telling everybody this but it was the best £5 I ever invested.” 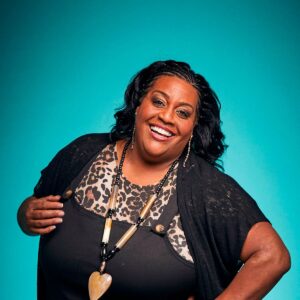